It was a short cruise from St. Augustine to Marineland (about 3 hours).  It was wonderful to be underway again!  We chose to stop at Marineland Marina so we could walk across the street and visit Marineland "the worlds first oceanarium".  After renovations in 2006, Marineland stopped doing dolphin shows.  It is now a hands on educational facility.  The dolphins are trained, but they do not do tricks for large audiences.  With the basic admission you can view the dolphins and learn about them.  They do offer different levels of interaction with the dolphins for an additional fee.  Since our admission was free with our stay at the marina, we went ahead and signed up for the touch and feed.  It was wonderful to see these beautiful and smart creatures up close.  Fiona and Jack were equally excited about the whole experience.  Our dolphin was Dazzle the most recent mother at the aquarium.  Her calf Hemingway was also in the oceanarium with her.  If you've ever been to a sea ray touch tank and touched a sea ray, that's what the dolphin feels like -- very smooth.  We each tossed a fish to Dazzle, then she swam off to be with Hemingway.  A large male dolphin named Zack came up to finish off our experience.  After saluting him he swam off and jumped high out of the water several times giving us a good splash.  The kids learned a lot about dolphins that day.  Did you know they shed their skin every couple of hours and they never sleep?  I don't have any good pictures of our touch and feed b/c they didn't let you take your own pictures and I didn't want to purchase theirs.  The cost of the encounter was enough.

Marineland Marina turned out to be a very social place!  There was a boat from St. Michaels and one from Easton!  The couple on the St. Michaels boat, "Early Bird" are members of our yacht club there.  We met them just before Hurricane Sandy, so it was nice to catch up with them.  We had them over to Morning Star for cocktails as well as another very nice couple from NY.  At least 4 different people offered us their cars to do shopping!   The marina manager gave us a great discount so that we could stay until Saturday.  He also runs an eco tour, so we joined him on one of his tours -- another great learning opportunity for the kids as well as us.  Another surprise was the arrival of the father of our good friend Al Clews from Maine -- proving once again the ICW is a small place!


On Thursday, the sun was out and the winds were light providing the perfect day for Fiona and Jack to take their "new" opti, "Sandpiper" out for a sail.  They had a great audience encouraging them on and they were so happy and proud! 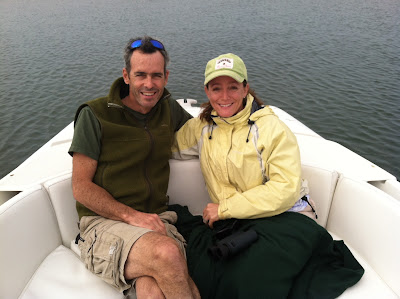 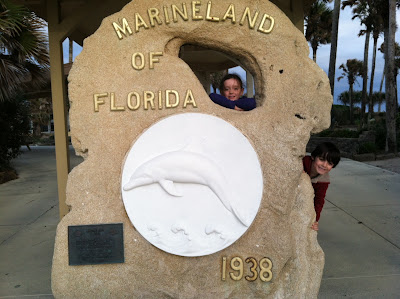 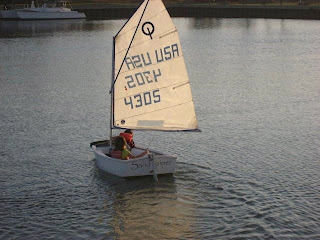 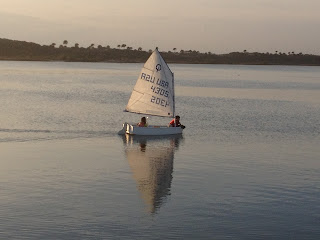